The town of Semionov is a large centre of matryoshka production. In 1922 Arsenty Fedorovich Mayorov of Merinovo brought an unpainted matryoshka from the fair in Nizhny Novgorod. His elder daughter Luba used a quill to make an outline and coloured it with red dye. She placed a bright red flower resembling an ox eye daisy in the centre. She painted a kokoshnik on the matryoshka's head. For almost twenty years the matryoshka makers of Merinovo were the best in the area of Nizhny Novgorod. In 1931 an artel which made souvenirs including matryoshkas was established in Semionov drawing from the Mayorov family's designs. At present, three colors predominate in the decorations - red, blue and yellow which appear in various combinations in the scarf, sarafan and apron. 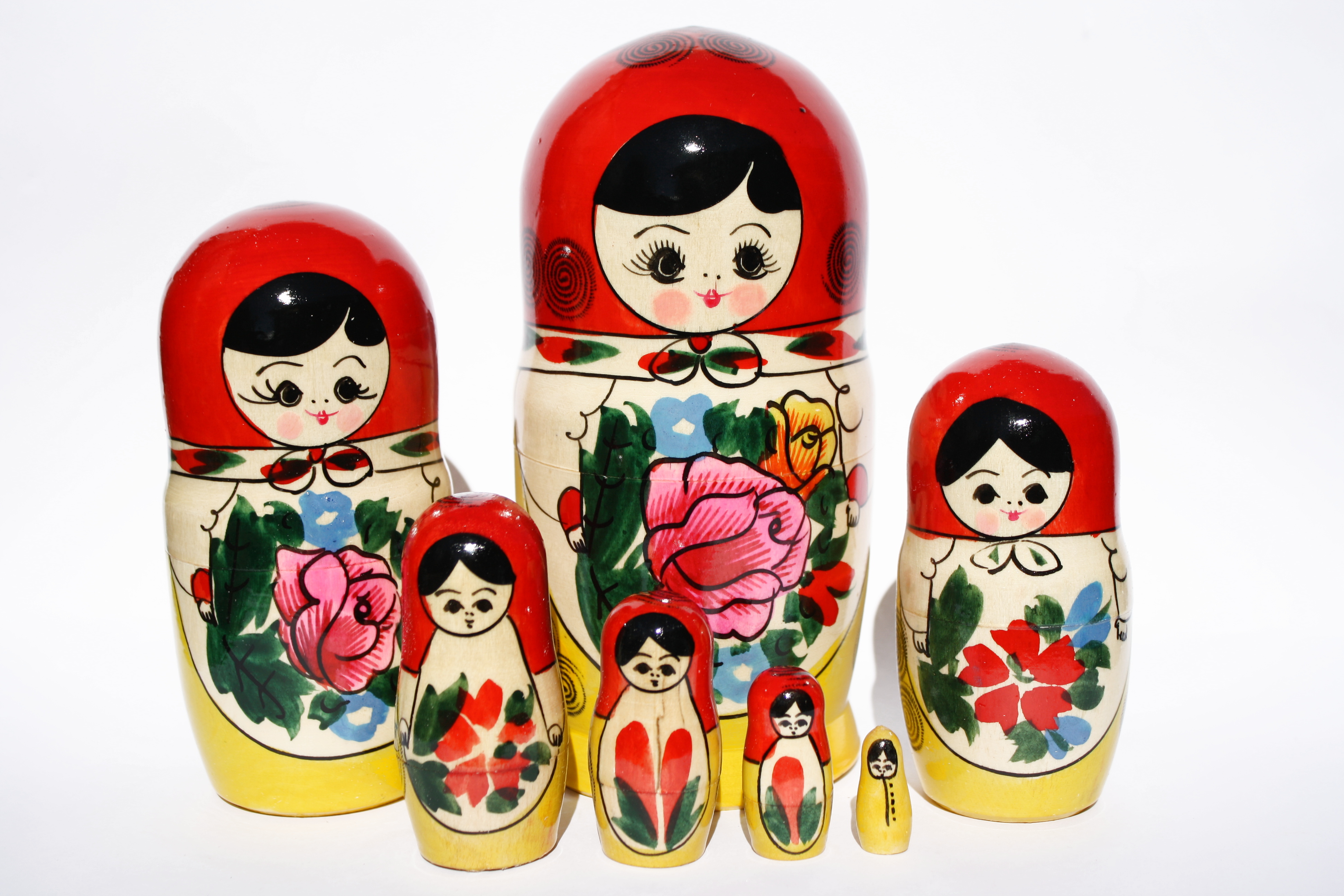 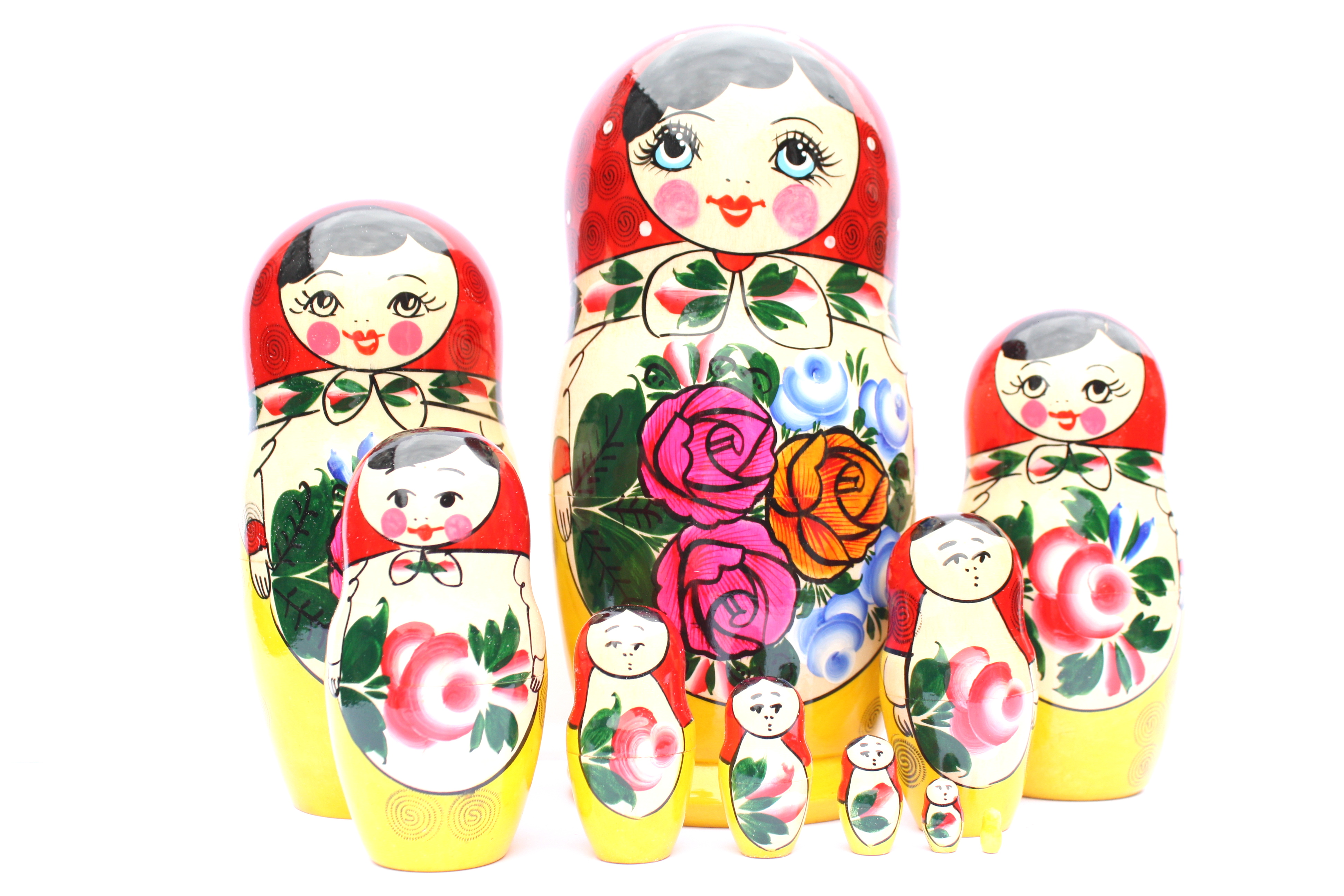